If you are a Nintendo gamer, you know that the correct controller is essential when you are engaged in an epic battle in Super Smash Bros.

When it comes to GameCube controller adapters, some are better than others to ensure that your gaming experience doesn’t slack because of a controller with poor performance.

If you have a controller you love, why not try to use it on every platform.  We are talking about the Nintendo Switch, Wii U, and PCs.

Use a controller adapter that will work for them all.  We researched several of the best adapters and thought we would share what we found.  Take a look.

With the ability to connect to up to four controllers and made with Super Smash Bros in mind, this GameCube controller adapter can be used with any game that you play on your Nintendo platform.

This adapter must be used only when your console is in TV mode, and it requires two double-A batteries.  Buy the GameCube controller adapter for $69.98 on Amazon.  We love some Amazon Prime. 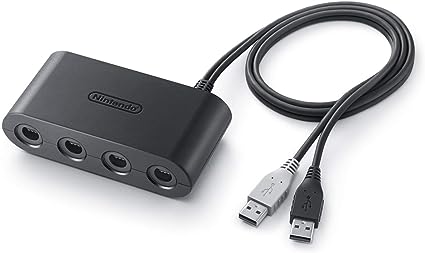 This GameCube controller adapter can be used with any game that you play on your Nintendo platform.

Use it with multiple Windows software and macOS.  It’s easy to switch it from Wii U to PC mode with a simple switch on the side.  Connect up to four controllers to this adapter and let the trash talk begin.  The Mayflash adapter also supports the built-in vibration feedback.  At only $28.99 for this GameCube controller adapter, it’s affordable and works well. 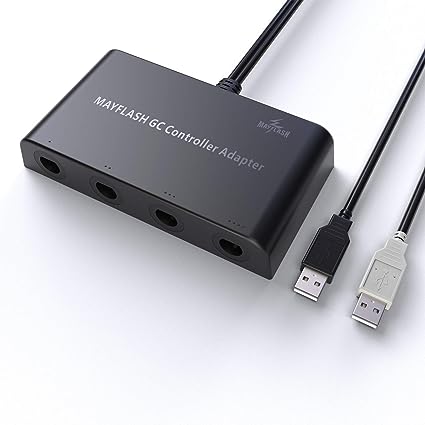 It’s easy to switch it from Wii U to PC mode with a simple switch on the side. Connect up to four controllers.

We are giving this GameCube controller third place.  It is wireless, which is a big win with the gaming community, especially if you play many games solo.  The 8bitdo Gbros is compatible with the Nintendo Switch and connects to just one controller.

There is a built-in toggle switch that allows you to change it from the Switch to the PC.  With two double AA batteries, it allows you to play for 30 hours.  While this GameCube controller adapter lacks some of the features of its fellow competitors, it makes up for it by being wireless.

Add to the fact that it is only $16.99 on Amazon, and you have yourself an adapter that will work great for your gaming experience. 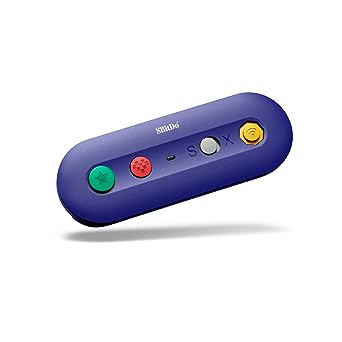 The 8bitdo Gbros is compatible with the Nintendo Switch and connects to just one controller.

Make sure you grab a GameCube adapter that allows you to use the original controller for your Nintendo Switch.  Trust us.  You’ll thank us later.